The roads from Bahia Mansa to either one are paved with two lanes, and in good condition. There is very light traffic around these beachfront villages this time of year. Parking is easy. There are a few small shops, few of which are open. The same is true for the restaurants in each town, only a couple of them are open during the off-season, and even then with limited hours.

The road to Pucatrihue has a ‘mirador’ (lookout) with views across the Rio Contacto. There is a good pullout with tables and awnings. We saw no gas stations anywhere since Osorno, so fill up before you explore.

A day of rest by the sea is welcomed. After 48 hours of travel it is much needed. Dominic slept till noon, now reborn.

The area consists of three fishing villages a few miles apart. We rode along beaches with black rocks and surf between them. It’s so green on the shore, huge ferns and rhubarb looking leaves five feet wide on prickly stems. Wildflowers are thick either side of the road, mostly Foxgloves, Lupins, and Fuchsia bushes with crimson and purple centers. Big cedars, Spruce and Monkey Puzzles are also prevalent.

Virtually no restaurants, and majority of what there exists is closed till January when the two-month tourist season starts. One can imagine the peak season being busy, as there are shops and stands for local seafood, drinks, empandas, and other vacation cuisine in abundance. These are all closed during our visit of course, though one must make compromises when enjoying virtually an entire coastal area to one’s self.  Not sure how you make it with a two month season though…

Dominic saw some cows grazing on the beach; he found it hard to come to terms with. Clearly he has not spent much time in India.

The diet is basic; fish, potatoes, salsa. We had a salsa last night with tomato, onion, chile and Luga, which is a local seaweed. It was good. Some variety of salsa seems to be a constant offering as is dry bread. Really dry bread. But this is a small place, with a tiny population, so variety is not to be expected.

No Internet at the B&B, the blog will have to wait for another day… 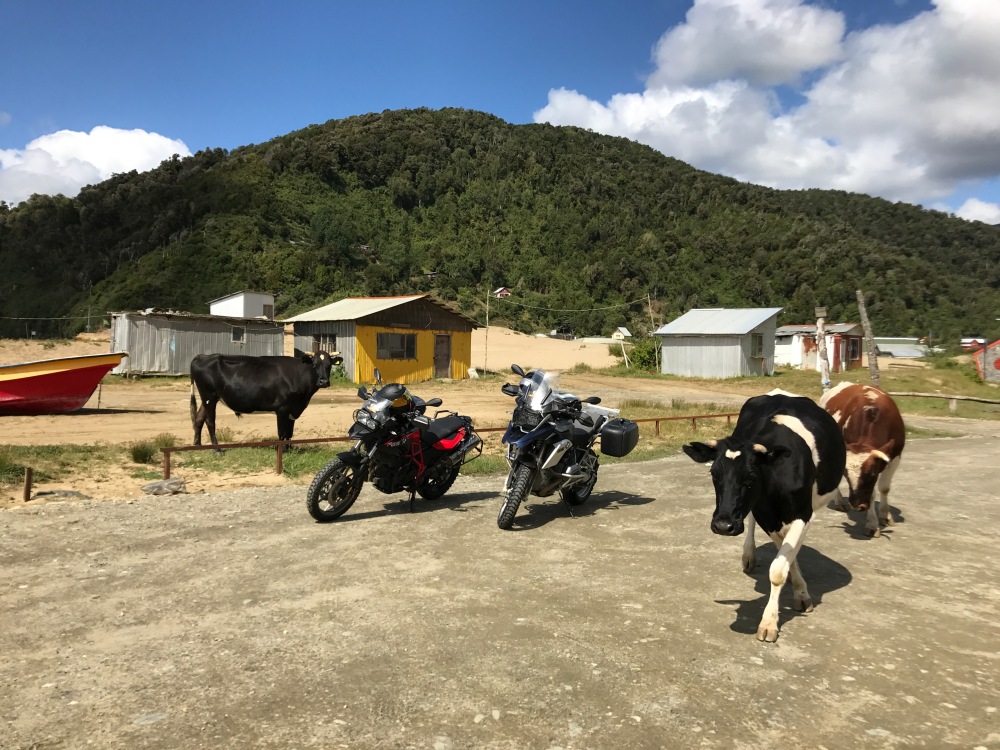