Terror in the morning.

I had a medical scare after breakfast. Lost my balance walking across the room, sudden dizziness. Took a second to react. Hauled Dominic out of the bathroom and we stood in the doorway watching the light fixtures swing around. He wondered if the volcano, well one of them anyway, had blown.

Not the case, however there was a 7.something earthquake about 130km away on Chiloe.

The day was mostly under water, the rains we were promised had finally come. We managed to take in some of the town between showers and walked around the neighborhood that surrounded our hotel.

Dinner at the hotel was a must, because nothing else was open. We tried some local Toothfish, which has a better name in other places, watched a sunset and enjoyed the most relaxing Christmas in our collective memories. The only indication of a holiday was a tree made of reclaimed Acera roof tiles. Every building we see has these tiles all over it. Something we don’t see is many totem poles, or Pugas, but our hotel had some handy replicas. It was a surprise to see these, as we believed they were only made by Pacific Northwest tribes, such as the Haida. Interesting to see these at a latitude of 40 degrees south on the same coast. 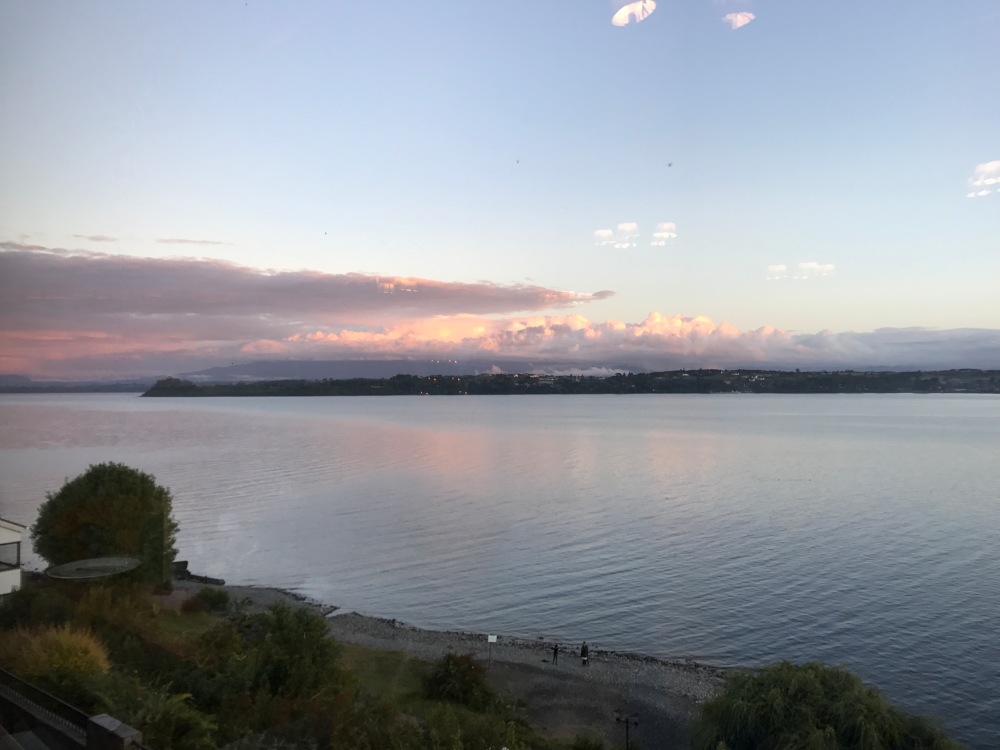 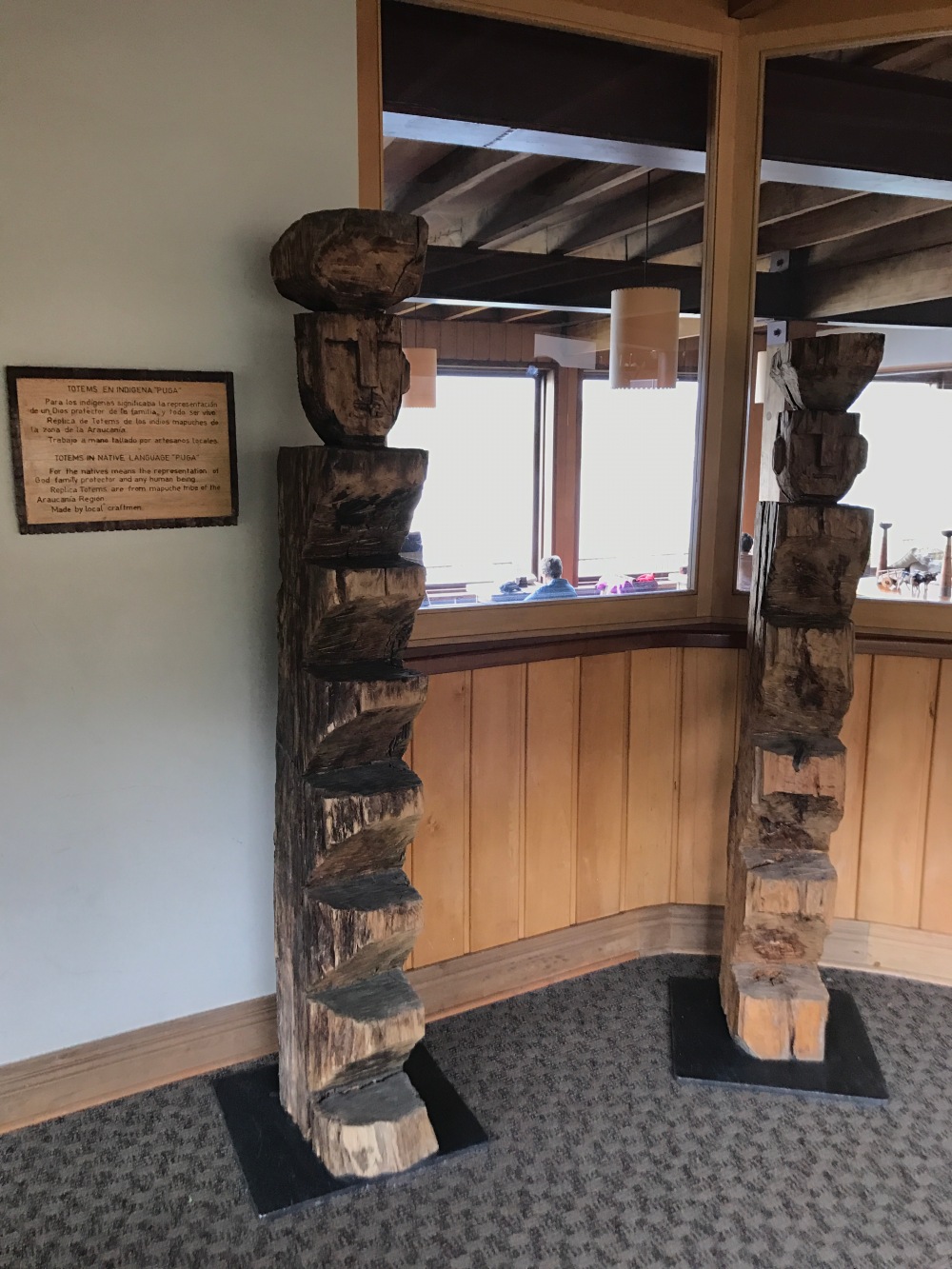