Ruta 7 is a good two-lane road, well marked, 44k to Puerto Cardenas and the impressive bridge over the Rio Yelcho. An Obras Publicas sign indicates work on road to Vila Santa Lucia, 35 k ahead. Lots of men at work signs, though no actual men around, no actual work either.

The next 7k is paved, then a rough, stony and hilly section of ripio about 2k. Then comes another 7k paved – brand new asphalt – then back to packed dirt about 8k and the rest paved to Villa Santa Lucia, and 36 miles beyond to Vanguardia. Modern paper maps we have still show ripio from Villa Santa Lucia to Vanguardia, in fact new asphalt. From there to La Junta is ripio, about 25k.

There is a Copec gas station in La Junta.

La Junta to within 15k of Puyuhaupi (entrance to El Panue Lodge) is paved, despite printed map showing only part paved.

The first Glacier of the ride.

Hojas de Nalcas are the rhubarb looking leaves…. We see them up to 5ft wide with vicious spikey stems. The leaves though massive are surprisingly thin and light, textured like fine sandpaper. A local we met later in the day had a wheelbarrow of the stuff and a machete. He showed us how they sliced away the spikes and then boiled the stems for a vegetable. Looks about as appetizing as a bowl of thumbtacks. 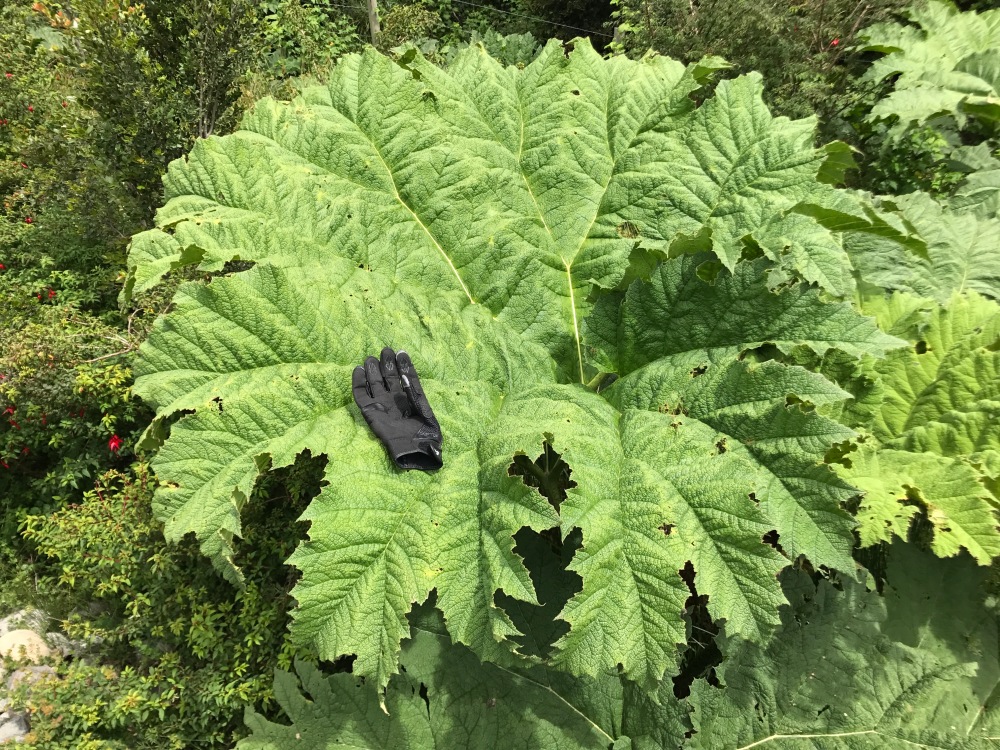 Our legs are tired from standing on the foot pegs for the last 2 days of dirt road. There is more ripio tomorrow, but we are getting used to rolling around on the dirt roads. Here they are all round rocks and stones of varying sizes, alluvial, mainly granite. Nothing flat or sharp, which is good for tires, hard on balance. We stand on the pegs and concentrate on where we are going, no spills yet…

We make frequent stops to marvel at the glaciers, plants, and rivers. We must be crossing 30 river bridges a day. All the rivers have fast moving water, some crystal clear, some milky white, others an impossible turquoise.

Hours go by without seeing another vehicle, in fact we see more bicycles, loaded with panniers over front and rear wheels. There must be 3 or 4 every hour. Travellers on motorbikes, those in guided tours or individuals like us, are very few. This is in part due, I suppose, to it being still off-season. It is spring here and everyone tells us the season really starts in January. This means that the weather is a little mixed but the roads deserted. I’ll take that.

Yet another waterfall, and wild fuchsia, in huge bushes everywhere. 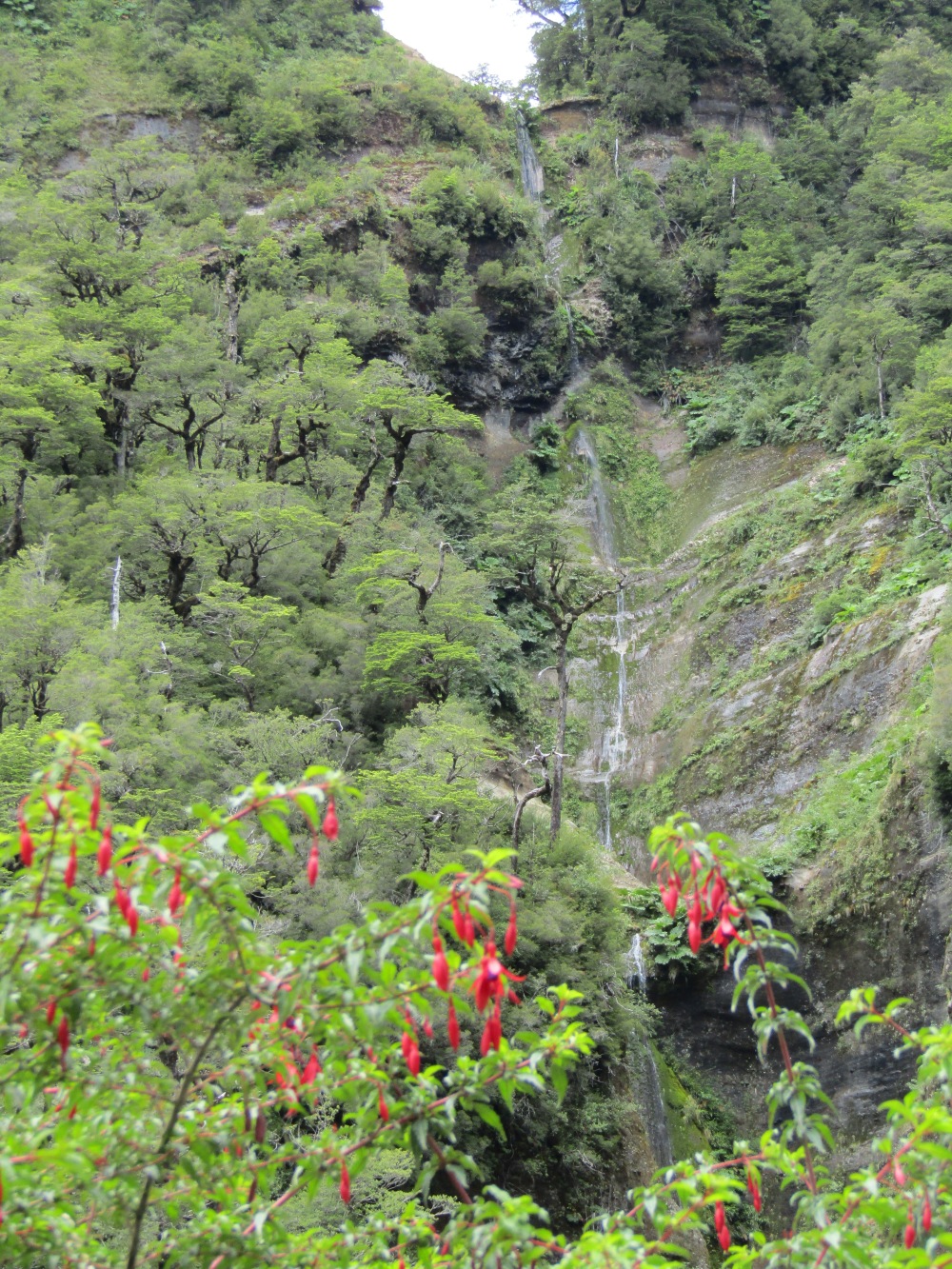 We stopped for the night at El Pangue Lodge, just outside of Puyuhuapi. It was impossibly serene. A green valley with mountains rising above the clouds on all sides is home to sheep, horses, and a  variety of birds and wildflowers It was quiet and picturesque, even the Black Faces Ibis didn’t make a peep (thanks to our most favorite ornithologist, Kye Chisman, for identifying the birds on this blog). 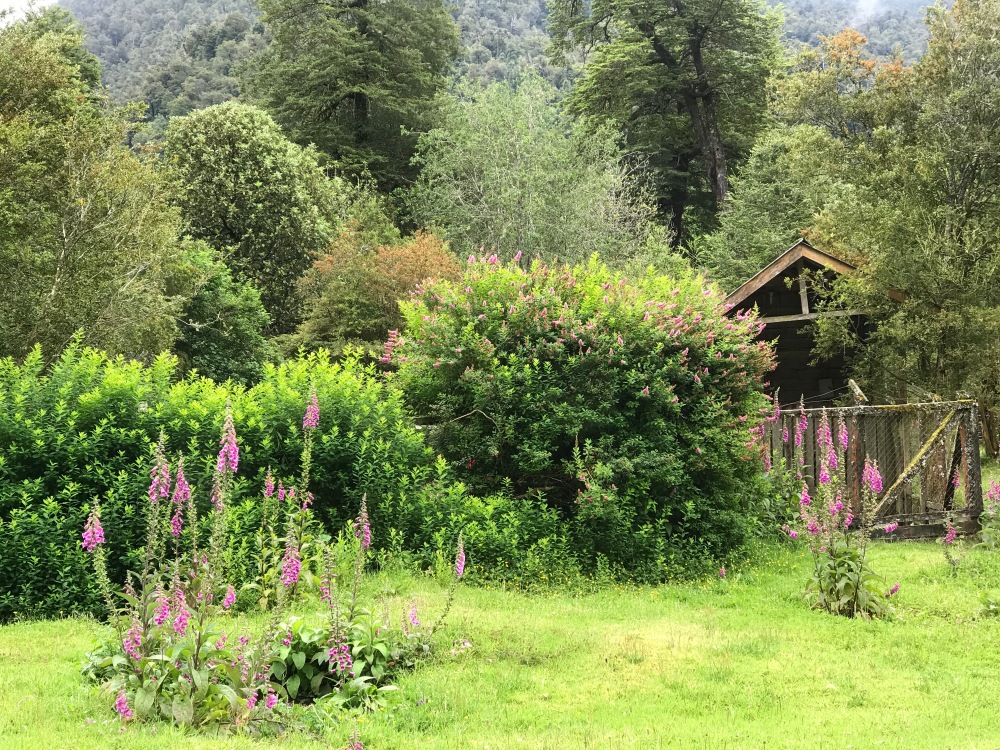 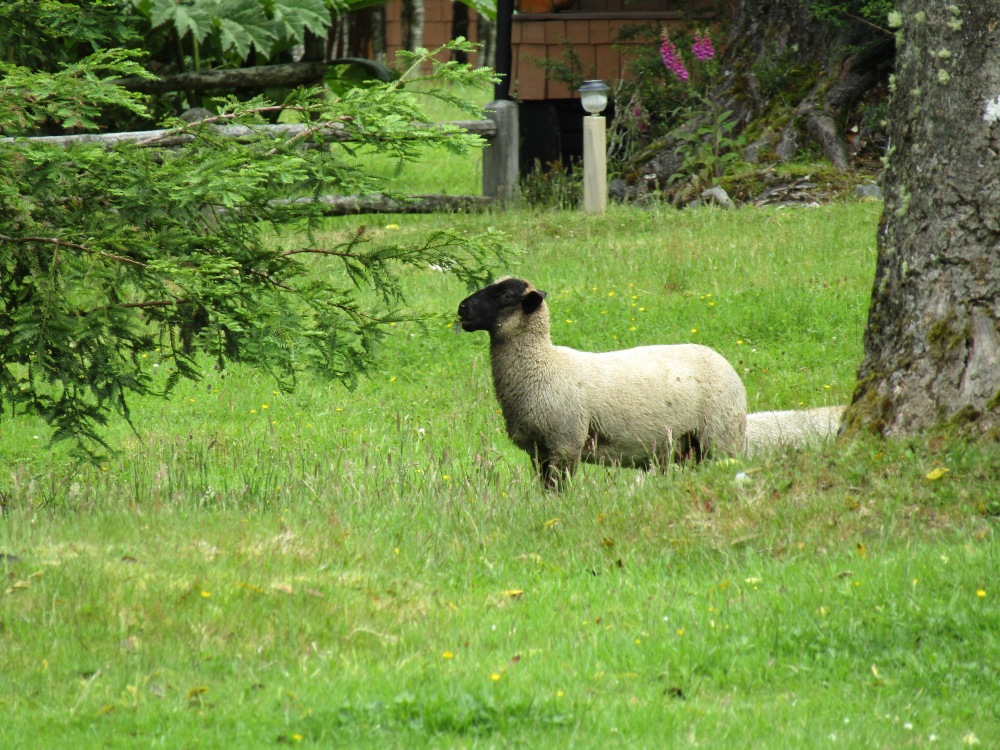 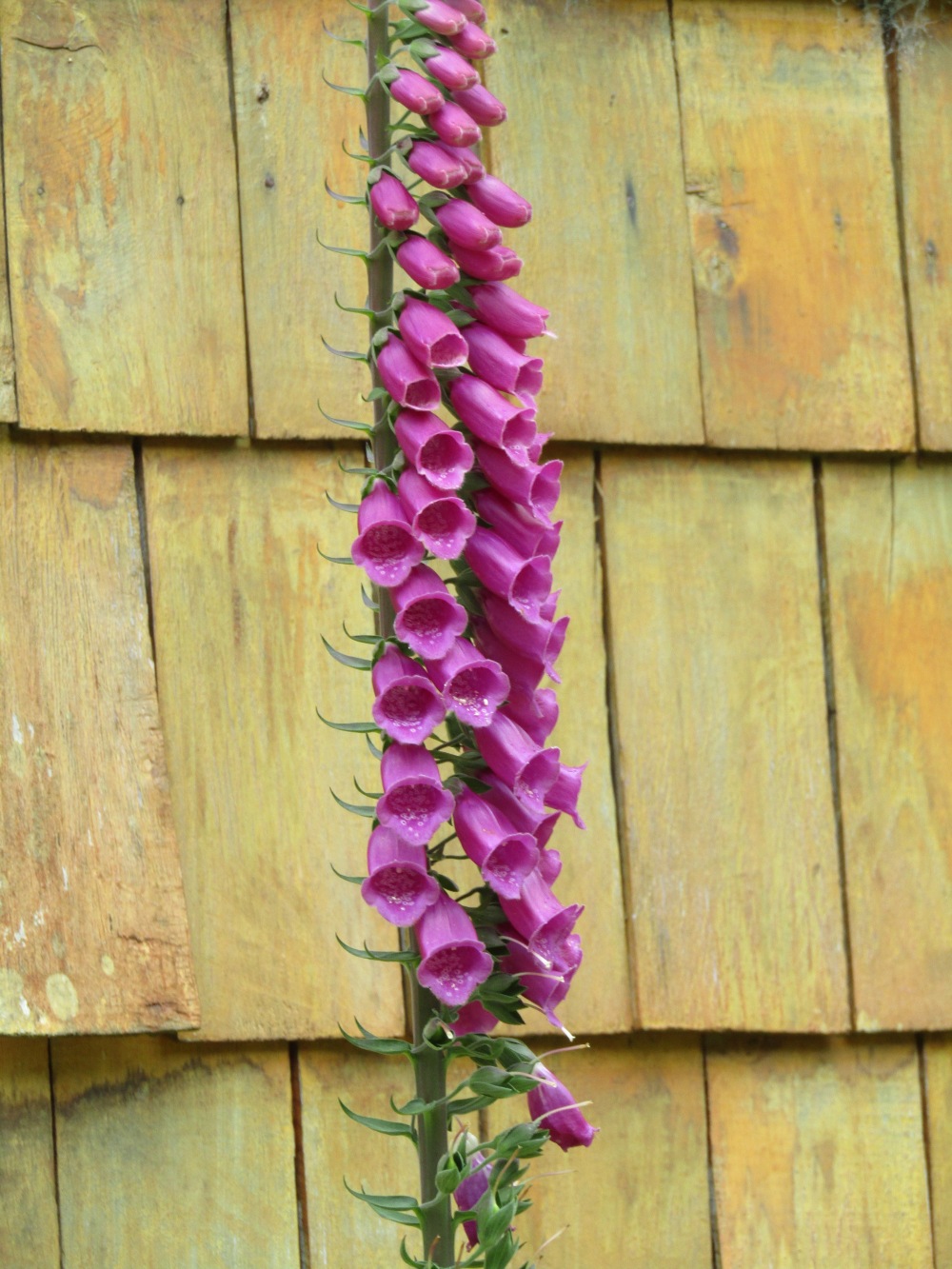